Munch has been in kindergarten for 7 months now. I’m not sure how I feel about his teacher though. There seems to be a disconnect between her as the educator and me as the parent. I don’t know if it’s the culture or what. It’s causing me to wonder if I made the right decision about putting him in this French Immersion program.

Just the other day, Munch expressed that he got in trouble at school for cheating. He’s five years old. He doesn’t know what cheating is. I reached out to his teacher via email and asked her how it happened and what she told him because he didn’t know what cheating was, but that we had explained how he shouldn’t look off someone else’s paper. She called me and discussed what happened.

I was afraid that I needed to be on the same page or hell at least the same chapter with her, so I asked could we meet. She sent me an email back stating yes, but that she didn’t think that I liked her. I scheduled that meeting and responded that I didn’t think she knew me well enough to make that claim.

Truthfully, I didn’t feel one way or another about her. I knew that Munch loved her so that was all that matters.

I showed up at school and sat down to talk. She started “Tell me what you want me to know?” I smiled and started. I explained that I loved Munch so very much and that he was an only child, but his father and I value education. I told her that I view it as a three-legged stool with one leg being the parents, the other the child and the third the teachers, principal and educators.

I discussed the fact that I felt strongly that if one of those legs were loose then it was my job to tighten it up. I told her that even though Munch’s dad and I are divorcing, Munch was born to two college educated parents whereby both of his grandmothers had doctorates. I told her that I believed that his success required us to be active parents in his education.

I told her that I conducted extensive research on the fact that black boys needed white teachers that cared. I told her that my fear was that he was a black boy and statistically speaking that white teachers and administrators tried to diagnose them as having ADD or ADHD and I wasn’t having that. I explained that he has the best doctors and parents and if something is wrong, my belief is that I would know first and furthermore get him the treatment he would need to be successful. That is my job as his mother. His protector and his advocate.

She reassured me that Munch would be fine. There would be no reason to fear that he wouldn’t. He was not going to be a statistic. She told me how she could tell he was a great child who had the purest soul. She said that he hadn’t seen what some of the other five year old children that she teaches had seen. He was special. He wasn’t like them and that I don’t need to worry about them.

Like them? I sat there in awe at her words. She was categorizing the black children. Those that have strong educated families and those that don’t. The fact that I was going to fight for him meant that I didn’t need to worry. I did worry. I was afraid. Why? I feared the stigma that comes upon the shoulders of our black children who have less than I wondered should I fear that she couldn’t see that? 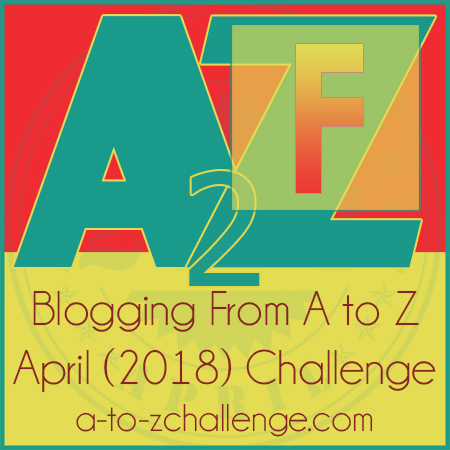 This post was part of the A2Z challenge and the letter “F” is for Fear. My posts will be written as a journal style for the challenge and will be on the theme: Mothering While Black. I hope you enjoyed it.

Want to keep in touch? You can find me on social media at the following links: Twitter @mskeeinmd, Facebook page A Thomas Point of View and my Instagram page https://www.instagram.com/mskeeinmd/.