I told ya’ll last week that my niece was headed to college. I have to tell you that it was bittersweet. We gave her the graduation party a couple of weeks ago and it was beautiful. It was stressful at first because everything seemed to go wrong.

I gave these candies as favors to the guests. Instead of a candy bar, guests could help themselves to a treat. Cute idea right?

The platters were ordered from a local grocery store called Giant. I ordered them on the Tuesday prior to Saturday’s pick up and got a confirmation email. I’m running late picking up the orders because of delay with picking up the cake. I’m stressed. I’m exhausted. I needed to shower and change my clothes.

I get to Giant and head to the deli to pick up my four party platters. Umm, guess what? No order. The young man behind the counter goes to get the manager and I explain to her what he said. She asks to see my order. I show it to her. She said “Yeah, this is the right store. We never got it.”

I asked her can they make it because I got my order confirmation and she said no. She explained that she had been making platters all morning and she couldn’t make it. My eyes welled as I tried to collect myself. I told her that I had a party in an hour and a half and I needed food for the party.

You know what she does next?

She walks away. Can you believe it? She turns her back to me and walks away.

I walked away and stood in the line for customer service and called my best friend. She was livid. She said “What? Go speak to the manager.” I told her that I was in line. When I get to the front of the line. I ask the woman to please ring the store manager.

She does and he comes out. I said, “Hello, it’s me. I told her to call you.” I told him how the deli said that they didn’t get my orders and they weren’t going to make my platters. I told him that I had a graduation party in an hour and a half and they were waiting on food.

He asked me to follow him. He proceeded to tell the woman that it doesn’t matter that they didn’t get the order. My confirmation statement confirms that the store received the email. He told her that she needed to make the platters and that he would pull more help to the deli, but they needed to get it done.

She looked him and said okay. The woman then turns to me and says “You should have called and confirmed we received the order.” I responded “I don’t have to call anyone else when I place an on-line order to make sure that they got my order. Who is supposed to check behind the computer?”

I left for an hour to go home and shower and get ready for the party. I returned back to the store and picked up the food for the party and arrived 5 minutes prior to start. All in all it was completely stressful, but it turned out well in spite of the drama.

Oh, and BJ’s misspelled the name of her college on the cake. Can you believe it? 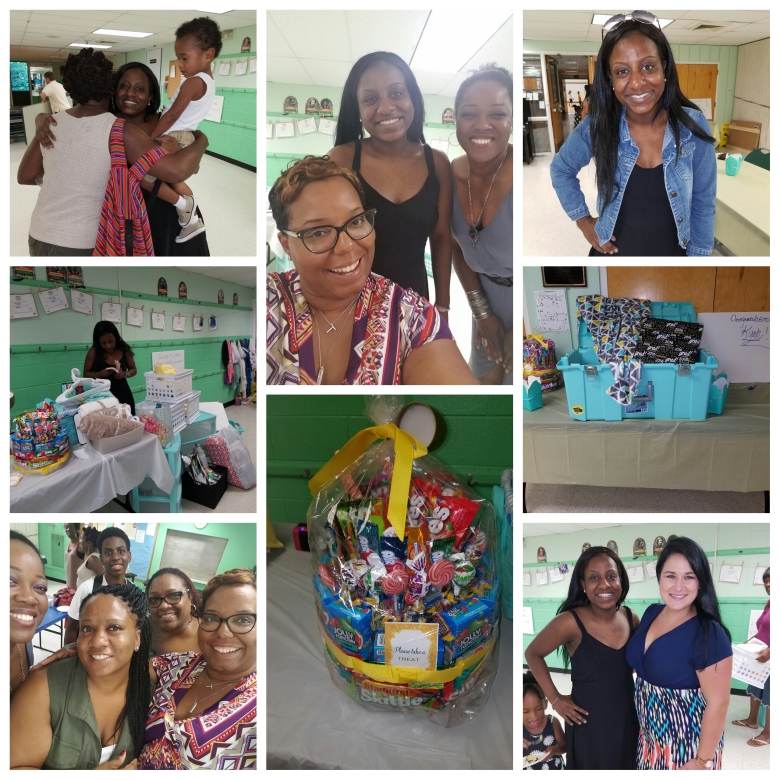