Today is Career Day at Munch’s school. My mom is going to speak at Career Day. She was invited by the counselor to speak after one of our Parent Teacher conferences. It was weird, but exciting.

See, when I was growing up I don’t remember Career Day. We may have had it, but I honestly can’t recall. Maybe it’s only done in elementary and middle school and since most of that time was spent in Texas, I just don’t remember it.

However, the counselor really wanted my mom to speak. Why? Because my mother is awesome! Nope, I’m not just saying that. She’s pretty accomplished and the fact that she’s a black woman who is a scientist impressed them.  Shoot, it impresses a lot of people.

But, that was my reality growing up. My mother was working her way through college and grad school while I was matriculating through college as well. She worked 3 jobs and raised three kids while doing it. Never was not in her vocabulary.

That’s when I learned women rock! We can do anything. These women were showing me that. But, no way in hell I wanted to be a scientist. Chemistry was almost the death of me. I avoided all careers that required more than memorization. Which is why I ended up as an English major. LOL. 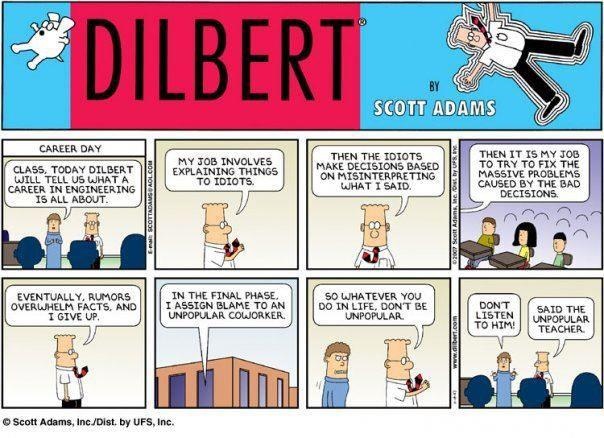 My mom wasn’t impressed with going to Career Day. She lives a pretty busy life and isn’t feeling Munch’s school so going wasn’t at the top of her list. However, I did ask Munch in front of her…”Munch, do you want your Nana to speak at Career Day at your school?” He looked at me and asked, “What is Career Day?” I smiled and said, “It’s where your Nana gets up and tells everyone that she’s a scientist and what she does in her career.” He simply said, “Yes.”

It was settled. She couldn’t disappoint her grandson. LOL. My mom then tells me today that she found out that the kids participating in Career Day where in grades 3 through 8. She asked the counselor, “Why would I do this and my own grandson won’t know I’m there because he’s in 2nd grade and they are not participating?” The counselor responded “Don’t worry, I’ll pull him out of class so he can be in there with you.”

And just like that my mom went to Career Day. Even though she was kicking and screaming I’m sure that she inspired some children (hopefully young girls) to be scientists. We can never have enough of them.