This is a reblog of a prior post that I wrote prior to finding Mr. C. In this dating series, I’m trying to share with you some of my experiences to encourage you to not give up hope. I’ve been there….

Okay, so many of you know by now what ghosting is. If you don’t, please check out this definition on Urban Dictionary:

The act of suddenly ceasing all communication with someone the subject is dating, but no longer wishes to date. This is done in hopes that the ghostee will just “get the hint” and leave the subject alone, as opposed to the subject simply telling them he/she is no longer interested. Ghosting is not specific to a certain gender and is closely related to the subject’s maturity and communication skills. Many attempt to justify ghosting as a way to cease dating the ghostee without hurting their feelings, but it in fact proves the subject is thinking more of themselves, as ghosting often creates more confusion for the ghostee than if the subject kindly stated how he/she feels.

Well, I was wondering if Mr. A ghosted me. Let me tell you what happened. Mr. A and I had been talking for the last couple of months. Met a couple of times over coffee and just settled into a nice and friendly let’s get to know each other situation. Well, Mr. A just suddenly and out of nowhere stopped calling and texting me. I called a couple of times. Sent a couple of texts (okay 1) and got no response. Two weeks went by and I just suddenly walked away from the situation and deleted his contact information from the phone. 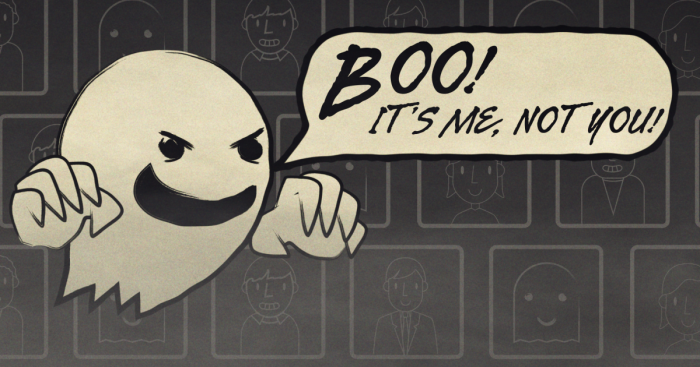 I mentioned to my girlfriend how he just up and disappeared without no rhyme or reason and I was kind of shocked. I mean I thought we had great communication and the chemistry was cool so why would he just vanish on me? Not one to chase a man without knowing him, I backed off and kept it moving. Dating other men who seemed more emotionally stable.

Then I read this article talking about ghosting and realized that Mr. A probably ghosted me. Why? No idea. I was kind of bummed. More like pissed with a side of I want to set your pants on fire, but I got over it. I just exhaled, put my Left-eye ego in check and realized that it wasn’t me it was him. He was missing out on this fine, thick chocolate sister who is awesome. His loss!

So, I’m sitting at home on a Saturday afternoon, exhausted from the heat (munch had a soccer game earlier that day) when I get a text from Mr. A out of the blue. Now, I had no idea who it was texting me and acting like I know them but the funny thing about deleting someone the text history re-appears and you know who it is. Here’s a screen shot of the conversation: 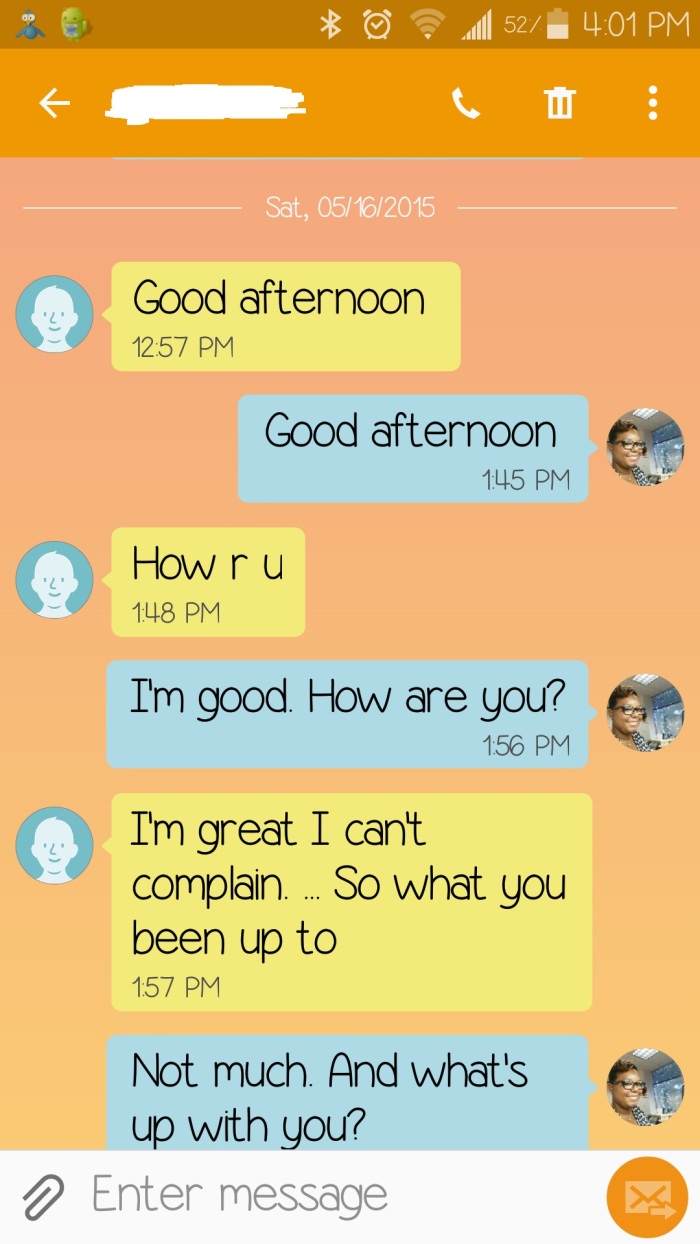 As you can see by my exchange, I’m kind of hot that he would be trying to rewind on me after ghosting with no explanation. Oh, I’m sorry, his explanation was that he was “very busy”. Heck, you are not that busy where by you can’t send a text that says “Got your messages. I’m really busy. Will touch base with  you soon”. But, he’s a man right? No real need to communicate with me woman after ghosting. 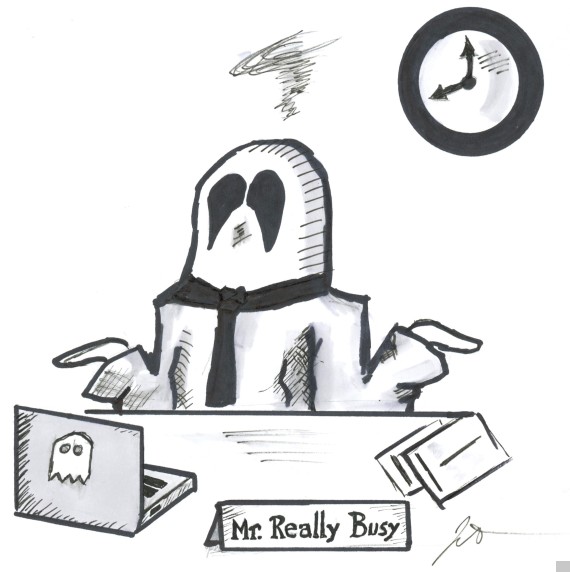 So, after my “Oh okay. Well nice hearing from you” text response he actually picked up the phone to call. He wasn’t sorry about ghosting. He kept reiterating how busy he was and it wasn’t personal and he wasn’t ghosting me and trying to rewind. He then had the nerve to say that I could have called again. Really? I politely told Mr. A “Do it again and don’t bother calling me. You’re almost 48 and you know what is acceptable behavior. If not, I will show you”.

He’s asked me out next week when Munch goes back to visit his dad. Apparently he likes my smart and sassy mouth. Too bad I’m washing my hair.

Until next time loves!