Yesterday was an emotional day for me. I saw the number 7 everywhere. I woke up late at 6:27 a.m. I was late dropping my son off at school. It was 7:55. I got stopped at 7 red lights between my son’s school and getting on the beltway. I arrived to work late at 8:37. I got on a conference call that was supposed to be 30 minutes long and it ended after 37 minutes.

Seven was everywhere. If I was a gambling woman, I probably would have gotten a few lottery tickets with those 7’s in it. But, I don’t gamble. I remembered the significance of the day when I glanced at the calendar and began drinking my coffee. I knew why I was seeing the number 7. It’s been seven years since I lost my best friend.

Brennan Copeland (my cousin) was smart, attractive, attentive and loving. He was my best friend. He was the man I named my son after. He died seven years ago on the 15th of December. He lost his battle with cancer.

Brennan and I were like brother and sister. We were 9 months apart. He was my hero. God had truly designed a man to love me without restrictions, hesitation or ill-will. That all-encompassing agape love. Brennan or as we called him “Boo-Bop” taught me many things. He was full of charisma, intelligence and always had these quirky sayings. Many things he said, I couldn’t repeat on this blog, but trust me when I tell you that he had a sense of humor.

I was fiercely loyal and protective of Boo-Bop. I often challenged his love for me. I would cause drama in his life to test his love. See if that would stop him from loving me. It didn’t. No matter what I did he always forgave me. He loved me and had my back.

On December 15, 2007, seven years ago, I felt my baby move for the first time. I screamed for my husband. I told him that I felt the baby move. He reached for my stomach. I yelled, “Hand me the phone.” I called my sister. I asked her was it too soon?  I was 16 weeks and 3 days. I told her it felt like someone was tickling me with a feather inside of my stomach. She said, “Nope, that’s your baby moving. He’s freakishly huge. It’s quite normal for big babies to move.” We laughed at my baby.

Seven minutes after I hung up with my sister, my mom called to say that my cousin had died. Seven.

Seven years later and I started looking at the significance of seven and here’s what I learned about the number seven and my faith. According to Bible Study.org, “Seven is the number of completeness and perfection (both physical and spiritual). It derives much of its meaning from being tied directly to God’s creation of all things.” How awesome is that? Completion.

My cousin had faith. He is with God. Seven years later both physically and mentally I am in a much better place. I miss him immensely. But, I know that as I’m finishing this at 12:37 that he is truly watching over me and all that I’ve learned since he has passed.

Seven years later. I’m stronger, smarter and more aware of who I am more so than I’ve ever been. Seven.

There is completion and spirituality in the number seven. I’ve found peace and understanding in seven. Guess what? My word count is 577. Seven is good. 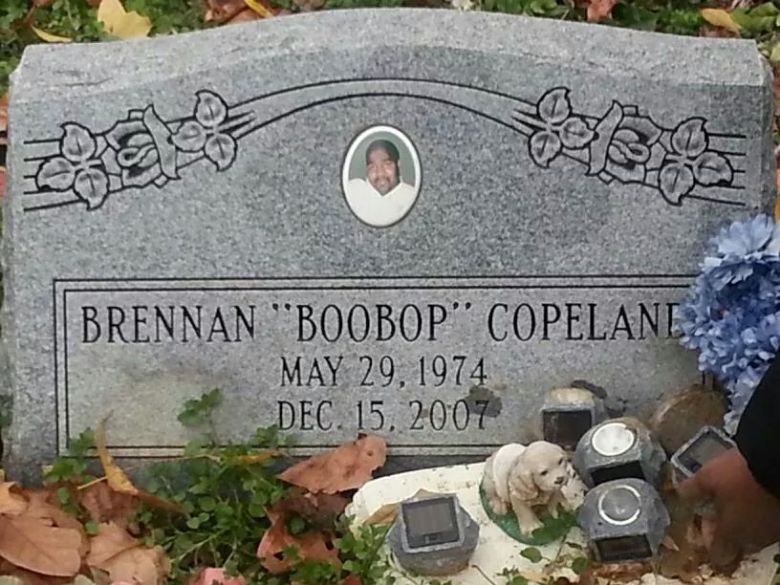 Did you know that 1 in 3 women and 1 in 4 men have experienced [some form of] physical violence by an intimate partner within their lifetime? We need to change the facts. Please support our virtual initiative to bring awareness to domestic violence. Men we need you! Can you put on a pair of heels and be photographed in them? You do not have to show your face. Ankles only or knees down is just fine. We just want to know that you stand with us in solidarity and in trying to bring awareness to domestic violence. #walkamileinherheels #domesticviolence #zetaphibeta
And I have a teenager. Welcome to 13 son. 🥳I pray this next year is your best year. Remember when life gets tough don’t give up because I have your back. #happybirthday #boymom #newyear
Please support this initiative to purchase a pack of diapers for the children of My Sister’s Place #zetaphibeta #domesticviolenceawareness #domesticviolence
Family. The young man in the middle was my cousin Brennan. He was who I named Munch after. I’m on the left and my cousin Shaundra who ministers the gospel is on the right. #tbt #family #children
My cousin and I. #FBF #family #cousins #kids
I tried these one a day multi vitamins recently and wanted to share my thoughts. I’m looking for a different kind of daily vitamin as opposed to my regular vitamin pills because I’m tired of taking pills daily for everything. You know as you get older you have to take pills for everything. This wasn’t a pill but a different way to get my vitamins in my body daily. I actually enjoyed them. I love the fact that I could put a package in my purse and take them to work with me and not have to worry about them spilling out in my purse because I forgot to tighten the top. They were definitely easier to digest because all you have to do is chew them up. So much simpler. With no artificial flavors or colors it was a win/win for me. I received these vitamins for free. #OneADay #OneADayFruitBites #complimentary @oneaday_us @Influenster