So, by now you’ve all seen the reports of the Texas woman, Yasmin Eleby, who married herself last month. If you haven’t heard (because you’ve been out of mainstream media) it was publicized that she got fed up with dating and promised herself that she would marry herself by the time she turned 40 if she wasn’t already married.

Ms. Eleby had an all out ceremony with 10 bridesmaids, a huge wedding cake and her sister officiating the ceremony. The ceremony was a symbolic ceremony because you can’t legally marry yourself, but the bride decided that she wanted a  wedding. Now, as weddings go, this one was all out gorgeous. The decor, location, colors, photos were all beautiful and appropriate, but I got to ask the question…is this where we are headed?

I know what it’s like to get engaged and be all googly eyed over the possibility that you are marrying your soul mate. The other half of who you are. You stare at the ring thinking “He did good” and rush to call your parents and tell them the good news. You start planning immediately. Who will be your bridesmaids, what will you wear, the guest list, etc? It goes on and on. It is a roller coaster of emotion and you think…this is happiness.

I don’t know. But, does it matter? Not everyone supported Ms. Eleby’s personal decision to marry herself. But, is it wrong to want to commit to honor yourself and who you are as a woman in an all out ceremony? Not to me. I have to say that I was intrigued by her desire to put forth a ceremony to vow to honor, love and protect the woman she is. If no man is forthcoming shouldn’t we do it for ourselves?

Think back to Sex in the City when Carrie Bradshaw created a wedding for her stolen Manolo Blahnik’s? I loved that episode. In it Carrie, attended a baby shower and her new shoes were stolen because all guests were required to take off their shoes. The host actually blamed Carrie for her shoes getting stolen by saying that she shouldn’t have worn such expensive shoes. Carrie decided to get her money back by creating a marriage to herself with only one gift on the registry…the same pair of Manolo’s that were stolen. The host paid for the shoes from the registry. 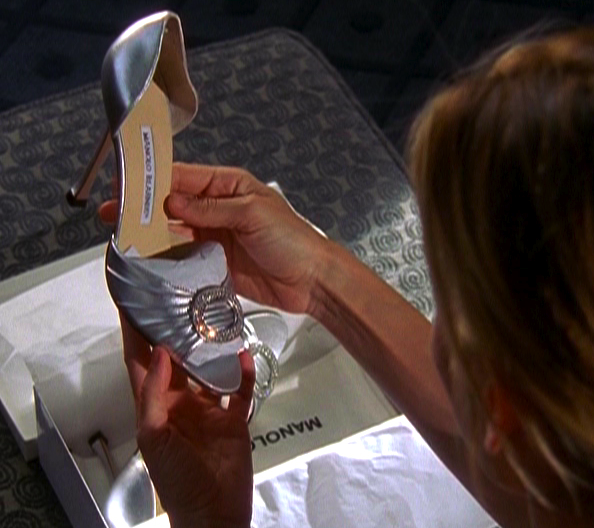 Ultimately though, I have to wonder will society think women crazy because they vow to commit to themselves instead of waiting for a knight and shining armor to come sweep them off their feet with a big ring? Or will we be forced to be mocked because we want to honor ourselves in the same way we would honor ourselves if we had a partner? In either case, (Yasmin or Carrie), I say no. Marry who you choose. Including the person you love the most…You.

At work wishing a Happy Founders’ Day to my blutiful Sorors of Zeta Phi Beta Sorority, Inc all over the world. We are celebrating 100 years of service, scholarship, sisterhood and finer womanhood. #zetaphibeta #zphib2020 #zphib
Happy Founders’ Day to my brothers of Phi Beta Sigma Fraternity, Inc. 💙🕊#phibetasigma #phibetasigmafraternityinc #zetaphibetasororityinc #zetas
My mood all year. Changing me. #wednesday #wednesdaywisdom
Wishing you a very happy #lastdayof2019 Enjoy your #newyearseve
Wishing you a very Merry Christmas 🎄🎁 #merrychristmas #christmas #christmas2019
When you rocking and representing in the PTA by being chair of the legislative committee with this awesome minded mom. The work is not done as we’re pushing advocacy through education with the #kirwancommission this school year. #fbf #maryland #marylandschools #marylandpta #pgcountymd #frenchimmersion