“Most men if they are absent of having a good woman in their life only have good ideas. In the company of a godly woman ideas become a dream.” – Rev. Dr. Jamal Bryant

Yesterday, my local radio station had the topic of the day which was what makes someone “Marriage Material.” There were a lot of male callers that were saying that a woman needed to have:

If that was all, then why are more men and women not married? Why is it that men have a list of what makes a woman marriage material, but no desire to get married? Isn’t that the real question? However, men need to realize that your dreams can’t be realized without a good woman on your side.

History shows us that some of the most powerful men had strong women who dreamed for their mates. I’m sure that these women encouraged, prayed and helped nurture their man’s ideas into visions.

I’ve never really thought of myself as a visionary. I just dream, believe, pray and commit. That’s all I do. Many things work according to God’s plan (favor), but I learned early in life that I have to thank God for the good and the bad. For what I have and for what I don’t.

I had a man to tell me years ago that I have a gift of making a man believe that he is superman. He said, “You get to encouraging a man and he feels as though he can’t fail. That is your charm and I have to be careful that I don’t fall victim to it.” I was hurt. Was I being malicious? No, I don’t think so. I just encouraged a man’s dreams. Was that wrong?

Nope. It was my gift. A woman’s gift and responsibility. To encourage a man to believe in his dreams and to follow them. I did it in my relationships and I did it in my marriage. But, I wasn’t consistent. I wasn’t praying over my partner with purpose. I was just praying in general for his health and well-being.

Then I heard that sermon that Rev. Dr. Jamal Bryant preached and I knew that it wasn’t charm that was deceiving to men. It was that I was a woman with vision and trying to encourage my man to pursue his dreams and watch them manifest. Did it always work? No.

As I’ve gained wisdom in my 40th year I realized that I need to pray more. That I need to have the courage of my conviction and pray for my partner. Pray over him openly and pray with him consistently.

I spoke earlier this year about visualizing love and I want to add that I vow to do the following with my partner:

My next relationship has to be one where we both follow God. Where he is without a shadow of a doubt a believer and living in God’s purpose. Where I can truly be his help mate and rib because he is following God and leading the family. We will pray together and we will continually work on maintaining a healthy relationship. He will recognize that I have vision and I will help his dreams become reality. 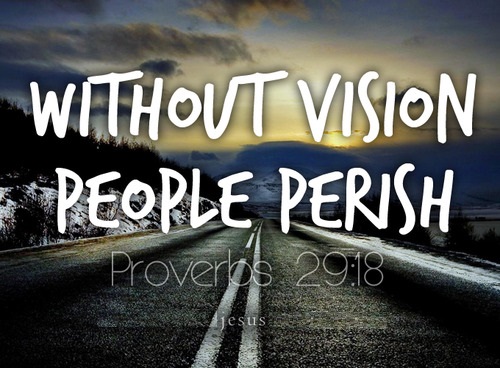